The filmmaking process certainly doesn’t end with the last take of a closing scene. Indie filmmakers often have to set their own stage for bringing their masterpieces to the limelight. With the growing demand in the audience for big-budget epics, it is a struggle in itself to create public interest for an indie movie or a short film.

Here are a few helpful movie promotion ideas on how to promote your independent film!

1. Create gripping trailers/posters for your film
For example, the trailer of the movie Cloverfield played on the excitement, fear, and curiosity within the spectators. The clip started with camcorder footage of a party in New York and abruptly took a turn into all hell breaking loose.

2. Look out for film festivals with little or no fee
An official selection at national and international film festivals can open many doors for publicizing your film. However, this option may be expensive for indie filmmakers.
In such cases, it is advisable to opt for no-fee film festivals. For instance- The Colchester Film Festival (UK) is one of the highest-rank film festivals in the world that charges no fee for the applicants who register before the deadline. Click here to find a list of many more no-fee: Filmfestival Secrets
If you have to submit to a film festival with a fee, do it before the early-bird deadlines. Doing so will help you save a lot of bucks. Another way in which you can dodge the heavy amount is by simply requesting a waiver for the fee.

3. Produce a meme out of a snippet from your film
This helps your film get shared with a lot of people. Since memes are relatable, people will also tag their friends, further increasing the reach of your film. 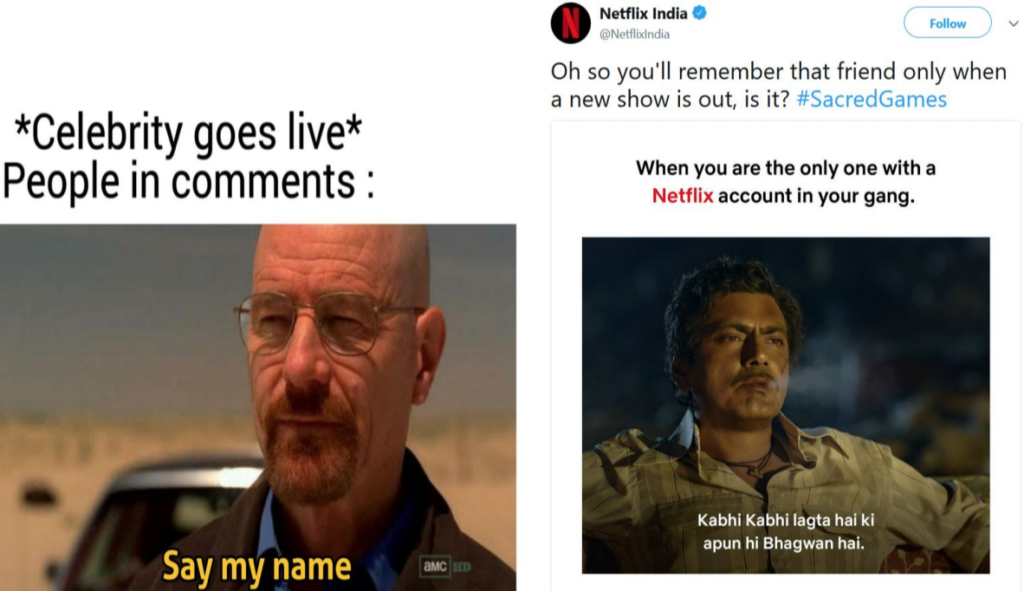 Some fantastically innovative movie marketing campaigns have used catchy steps & converted them into a video trend.

6. Cultivate your email list
An indie filmmaker has to make sure to use every resource available to reach optimum marketing influence. One such old-fashioned tactic that will generate interest in your indie film is the email list of your fans and supporters. People who crave new content from you are essential players of the publicity game.

7. Use word-of-mouth
Talk about the film with your friends and family. Even connect with college batchmates or colleagues from your old job. Word-of-mouth can spread like wildfire. So use it to supplement your movie promotion efforts.

Long story short, the idea is to build your community organically and engage with the audience via free or less expensive channels. And people are bored with typical advertisements. So give them something that piques their interest, hooks them & makes them shout about your movie from the mountain tops!