Its funny how many people have asked after the last blog- how are you using technology to change the way films are made in India?

For an industry that is so dependent on technology otherwise, I find this a strange question to ask. We have high end cameras, hardware that need to have huge memories and the fastest processors to be able to handle large media files. We need high end software and great VFX technicians to show a huge crowd, cheering a popular neta giving a speech in a film, and yet when it comes to planning the way we make our films, we remain archaic and ask this question. 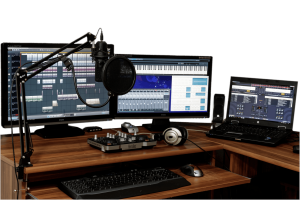 The right question is – why hasn’t technology been used till now?

Think of it. 10 years back, how did we go on a holiday to Kerala? We asked some friends who had visited the place recently, and one of them told us that they had a great stay at Munnar and a houseboat at Alleype, and everything was booked by one ‘Thomas’ who was also the driver and guide, all rolled into one. The God in God’s own country.

Do we need a ‘Thomas’ now? A friend of mine went recently, booked 5 star hotels at some places at 3 star rates (since they had excess capacity on the given dates), found which is the best rated houseboat and booked it after chatting with some past travelers who he didn’t know otherwise. And he had a great stay with his family.

What’s more important, he got exactly what he had expected.
Lets say that again – it’s our right to know what we are booking and why.
That was a vacation. Where you go maybe once a year.
But you do business every day of the year and therefore, it’s your right to know what you are going to use in your business.

Let’s see what happens right now. Any film budget is in two parts. The ATL (above the line) and BTL (below the line). ATL is the part, the producer knows at the time of planning the film. The top actor/s, director, writer and a couple of other key things. In short, the enablers because of whom the film gets greenlit. The same holds for a web series, an ad film or a TV series.

What about BTL? This consists of things like equipment hire (camera, sound etc), locations, catering, cars and stuff. Now, since the actual execution of the project (shoot etc) is often months away, depending on dates available of those listed in the ATL, one needs to make provisions that are fairly accurate so that one can plan funds. 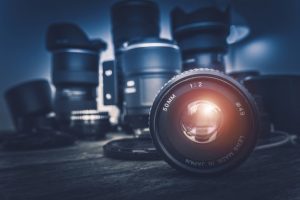 Who makes the provisions?

How does he make these provisions? Well, he has deep penetration into the local industry, and hence ‘knows’ the rates.

But does he really? These are mainly individuals, with some years of experience of working, typically, in a certain area. So if a Mumbai LP needs to get something in Kolkata, he will ask a friend (LP) in Kolkata. And share commissions. When I meet them and ask them about say, Kolkata, they are smug. They can handle. Then you ask them – what about Ranchi? Or worse, Manipur?

They still say “yes, of course” (no one says ‘no’ here). But they would ask their friend in Kolkata, who would ask his friend in Guwahati, who would find out someone in Manipur. So your whole Mumbai 50 member unit lands up at Manipur via a third level contact. And you are supposed to be certain that everything will go as per plan.

Won’t you rather not go? Are we surprised then that we keep seeing the same old locations, same old actors, same old crew and same old cameras?

At its very basic level, technology can facilitate. What if you knew and could book locations and crew in Manipur in 4 steps? With all information and past reviews of what they have done?

Or, let’s look at it the other way round. Rajesh Butta (Filmboard’s other founder) met a studio owner in Mumbai who has 14 editing rooms. Been in business for decades. Happy, contented, almost smug. Asked on an average in the last month how many rooms were booked on a day? Maybe 3 or 4. That’s good enough to get by. True.
Why not the others? After all, his fixed expense on those rooms is still getting spent, isn’t it? So why not recover cost? Why not put up the unoccupied editing rooms, one day before, on a SPOT HIRE kind of rate? Where a studio, usually charging Rs. 500 an hour, is available for Rs. 200 per hour if booked last minute?
Allows him to recover sunk cost, benefits the producer. Films get made cheaper, get finished in time with quality, and everyone is happy. 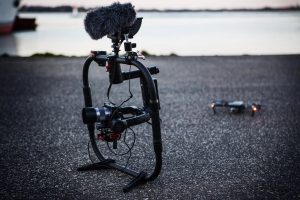 Technology can power all of this, and much more.

As someone in a large corporate, making films, told me when I was rambling about all this in his office (instead of doing what I was there to do – make films) – he said if this comes true, in a few years he may wonder how he went about making films earlier.

Amen to disruption at Filmboard!

View all posts by Sandeep Varma

Get new posts by email